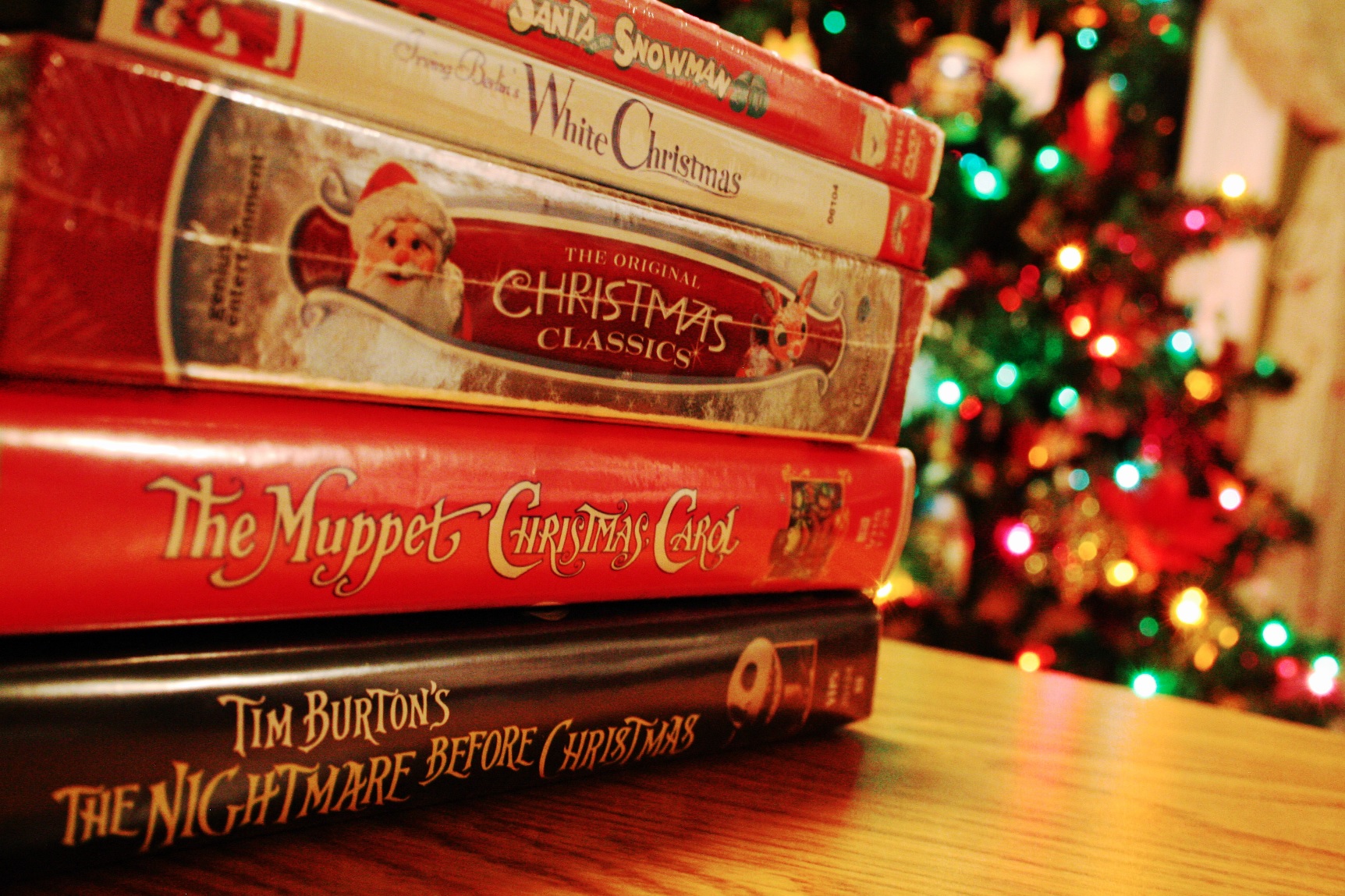 ‘Tis the season to be jolly so enjoy our pick of the bunch that simply have to be on your playlist, come Jesus’ birthday…

Huge fan favourite led by none other than Home Improvement’s legend, Tim Allen. Buzz Lightyear himself plays a not so devoted Father, trying to build and sustain a loving relationship with his Son, after a bad break up with his Wife. Of course he climbs the roof, falls off and becomes Santa Clause! Of course he does! Nostalgia guaranteed.

Kevin will always win an argument. Always. Who in the World, can have an argument with a Kevin, shout his name (“KEVINNNN!”) and not think of Home Alone? Thus ending the feud and that person leaving the field of battle with a warm fuzzy feeling inside. Loveable young rogue, Macaulay Mulkin became a global, child superstar when the single greatest ever Christmas franchise was born way back in 1990. Sitting high up at the top of everyone’s favourite movies lists, this film will always be with us, for generations to come.

What a cast Richard Curtis put together. True British talent, on full display, in a very well written, warm, romcom. The film opens with Hugh Grant, narrating over a perfectly chosen congregation that showcases Love, family and friendship – an Airport Arrivals lounge. Twists and turns follow, as tales of love connect unknown Worlds which keeps you laughing and crying till the very end.

Jim Carrey’s dastardly interpretation of the one who sits at the very top of Santa’s naughty list! This really was made to perfection, from the narration of Anthony Hopkins to the don’t know it but you’re a poet charm of the script. Sit back and get sucked in to the magic of one, Whoville.

Comedy King, Will Ferrell and Zooey Deschanel (why is her first name spelt that way) got into the holiday spirit with this Christmas Cracker. If you’re a dude, who has a new girlfriend, buy this. Girls (between 18-32) seem to go mad for this movie – trust us. Winner.

Oh nostalgia, sweet sweet nostalgia. Is there a more wonderfully, ghastly, heart-warming movie? Childhood memories of sitting cross legged, in front of a cube shaped TV, drinking milk and eating cookies. Jack Skellington is a habitant of Halloween town, a place full of monsters and ghouls of the night. A portal is opened to a magical place known as Christmas Town, bringing the two together. Oh and who can possibly forget Oogie Boogie man? Wonderful, wonderful film. Rejoice in all of Tim Burton’s model making glory.

The best Ebenezer Scrooge award goes to the one and only, cockney King, Sir Michael Caine. Hands down. What a legend this man is, a true legend. Probably the Muppets best film to date too, so a perfect combination for a cold Winter’s night in front of the fire. Sadly for Sir Michael, he hasn’t quite aged as well as Kermit and co…

Family good feel movie, with one little girls wish of having nothing more than the perfect family. Longing for a Dad and a baby brother, little Susan finds it hard to believe in Santa Claus. If Susan gets the perfect family, she’ll finally believe, so will all her dreams come true? Not only does Susan need to believe but the court house too, as a case against the self proclaimed Santa is set to change a City.

The crazed Dr. Brown makes a man out of a Marty, in this legendary Spielberg produced favourite. The Doc invents a time travelling car and Marty McFly is accidentally sent back in time, where he meets his parents and begins to accidentally change the course of the future. Can he fix the chaos and return to his native time? $19 million dollar budget that has, through time, returned over $383,800,000 – Wowsers.

Now this is a man’s Christmas movie! It is the eve of Christmas and John McClane (Bruce Willis) is on his way home, for once, to be with his family. However, terrorist Hans Gruber (Alan Rickman) has other plans. While McClane is attending an office Christmas party, Gruber and his men take hostage the employees of a Skyscraper. Declaring that a terrorist act is now under way, Gruber leaves McClane only one choice and that is to put Christmas on hold and save the day. Yippee ki yay motherfucker!

The film that forever changed the clown fish name. Never at anytime, since 2003′s release of Finding Neemo, has a child ever gone into a fish store and said “Hey, it’s a clown fish!”. It is now nigh impossible, to go into a fish store, anywhere in the World and not hear the words echoed “Hey, there’s Neemo!”. The predator of all animated films, grossing just under a billion dollars worldwide is the brilliantly funny Walt Disney/ Pixar production. A trend setter for animation with the eagerly anticipated ‘Finding Dory’ set for release in 2016.

Another Spielberg masterpiece making the list. Cloned dinosaurs, remote Island, idiots being violently eaten and a turn over of nearly another billion dollars. BOOM. Oh and the greatness of Jeff Goldblum. Lovely. Why not try your hand at listening to the theme tune, singing along to the string orchestra, lyrics of  ”I’m a dino-saur… I’m a dino-saurrrr”. Mind… blown.

The performance of a lifetime by Dustin Hoffman, perfectly supported by a brilliantly arrogant Tom Cruise character. The on-screen chemistry that grew from a turbolent neccessity into a bromance for the ages. Award after award at the 61st Oscars, including Best Picture, Best Original Screenplay, Best Director and Best Actor in a Leading Role.

You could try your hand at the marathon but that would eat up a whole 9 1/2 hours of your Christmas. Therefore what we’re proposing is you watch whichever one you like, all equally breathtaking. Peter Jackson made his name with the bringing to life of a much loved fantasy book series, racking up no less than a staggering 249 awards. The franchise made stars of people like Orlando Bloom and Elijah Wood, backed up by the experience and class of Ian McKellen, Viggo Mortensen and Cate Blanchett.

Well, you could also try your hand at the Potter marathon BUT that would be eating up 20 hours of your Christmas! So either one will do! However, we recommend ‘Prizoner of Azkaban’ onwards (that’s when the kids can really act). 10 years of great British filmmaking, not to be missed. So if you’re looking for magic this Christmas, look no further than Hogwarts.

To be fair, if my Father gave me a Mogwai for Christmas and told me not to feed it after midnight and not to spill water onto it – I would totally do both! Blame the parents is what I say. The little town of Kingston Falls will never be the same again when the Gremlins multiply, causing utter chaos and mayhem. Can the little rascals be stopped?

The late, great Whitney Houston never looked better than in her performance in this 1992 Costner epic. This is sure to get the family together, on a cold winter’s eve, as you watch a romance for the ages unfold. This was also the best selling soundtrack of all time, which picked up numerous Grammy awards and Oscar nominations.

Let’s be honest, no matter what your opinion is, this is the greatest movie ever made. Lead by two of the greatest actors we have ever seen, Leonardo DiCaprio and Kate Winslet, the profit sits at well over $2 billion dollars. James Cameron has almost become the billion dollar Director as time and time again, his masterpieces define generations. Hey, you know it will keep your Granny happy too.

It’s difficult at times to remember Stallone as anything but a gimmick, however, watch this trailer and you’ll soon remember what an icon the man is. Rocky is the greatest sport movie ever made and there has been some decent ones. Sequel after sequel, hit after hit but nothing beats the first, right. Hard to understand a word he says but who cares, fantastic and epic throughout, you can’t keep the great Rocky down.

Boasting the young talents of  Tom Cruise, Cuba Gooding, Jr and Renée Zellweger, as well as one of the most memorable scenes in modern cinema (“Help me, help you”), Jerry Maguire is the bad guy gone good film that melts a heart. Cruise was at the heights of his powers in the 90′s and this is a film that is all about great scrip-writing and top draw acting.

Growing up as an Adam Sandler fan, it’s kinda sad to see how the mighty has fallen. ‘The Waterboy’, ‘Little Nicky’ and ‘Happy Gilmore’ – all comedies many of us grew up on. The tatt that has followed since however, is a long list of bad mistakes, simply showcasing a man being unable to adapt with the times. Never mind, ’tis the season for forgiveness, so settle down and enjoy the real Adam Sandler with ‘Big Daddy’.