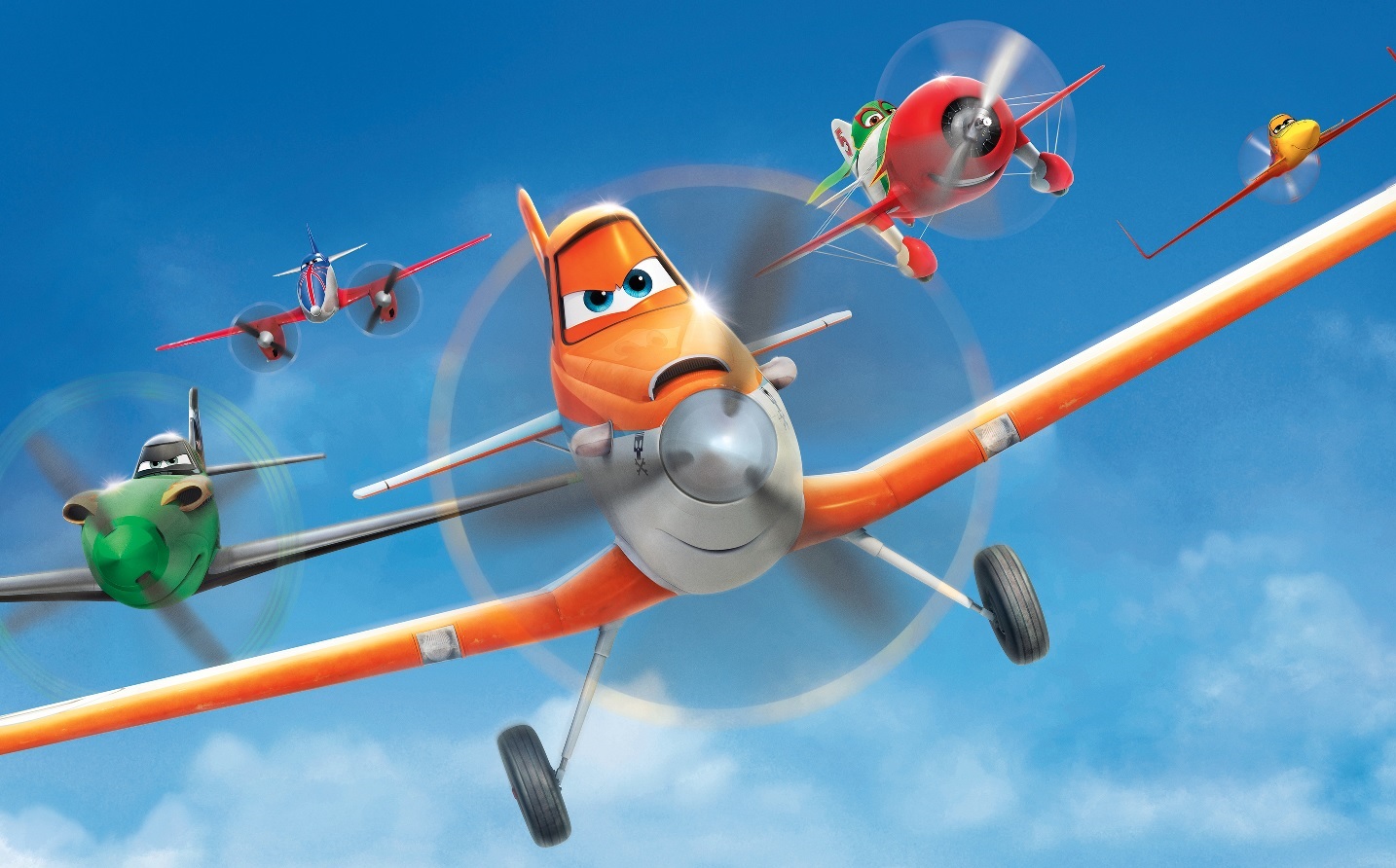 Oh my, they do know what they’re doing over there at Disney/ Pixar.

What do young children like? What glues them to a telly? Talking toys, yes, talking animals, yes, talking cars – of course and now talking Planes – Gold!

I had the pleasure of taking my three old boy to go and see the latest monster franchise, from ‘The World above Cars’ and it was fantastic.

The main character is ‘Dusty Crophopper‘, voiced by Dane Cook (great choice by the way). A Southern state plane, that much like his ‘Cars‘ counterparts, is a small town dreamer who wants to fly with the elite, in the upcoming ‘Wings Across the World’ race. Only problem is he’s a cropduster plane and isn’t exactly built for racing.

Continuously laughed at, mocked and told that he can’t be a racer, this only fuels the fire that strives him onto success. What a wonderful message for all the kids that will go to see this movie and the additional two that are at the very least to follow.

Disney always does well with their messages. It’s good to see so much thought go into something that really could be overlooked in all honesty. It’s a very simple idea too. Kids love vehicles, kids love talking vehicles, rags to riches story, make kids laugh, have a strong message and let the franchise sell itself. The latter I experienced first hand as we went straight to the local store and bought endless Planes merchandise!

It will be no surprise to learn that they have operations under-way for rides and areas being build in each Disney World across the globe. It’s going to be a huge success and will sit a the top of the pile alongside ‘Toy Story’, ‘Madagascar’ and ‘Cars’ itself.

Brand speaking, they simply changed the red of the ‘Cars’ to a Orange/ Green and it’s instantly recognisable already. Bravo.

Cedric the Entertainer is the voice for Dusty’s home-town sidekick (stepping into the role of ‘Mater‘ from Cars) and the inclusion of cars, in general, being in the movie, gives it a brilliant mix of the two.

It’s funny, these aren’t huge star names, unlike Owen Wilson, fronting the movie but they really have cast this well. It would have been normal to approach truly recognised voices and superstar names but if you think about it, nearly everyone has been used in animation now right? So go for actors that haven’t, making sure the characters are as real as possible and have their own identity. That way we don’t sit there saying “Hey, isn’t that Bob’s voice from thingy who’s also Ed from whats it’s face?”. Now Dane Cook will be looked at and we’ll think “Hey, that’s Dusty from Planes!”.

Really impressed with this movie and it was very funny and unpredictable.

Kids, enjoy the birth of your new favourite World and parents, you go get your cheque books out!

Check out this alternative trailer below, out now!