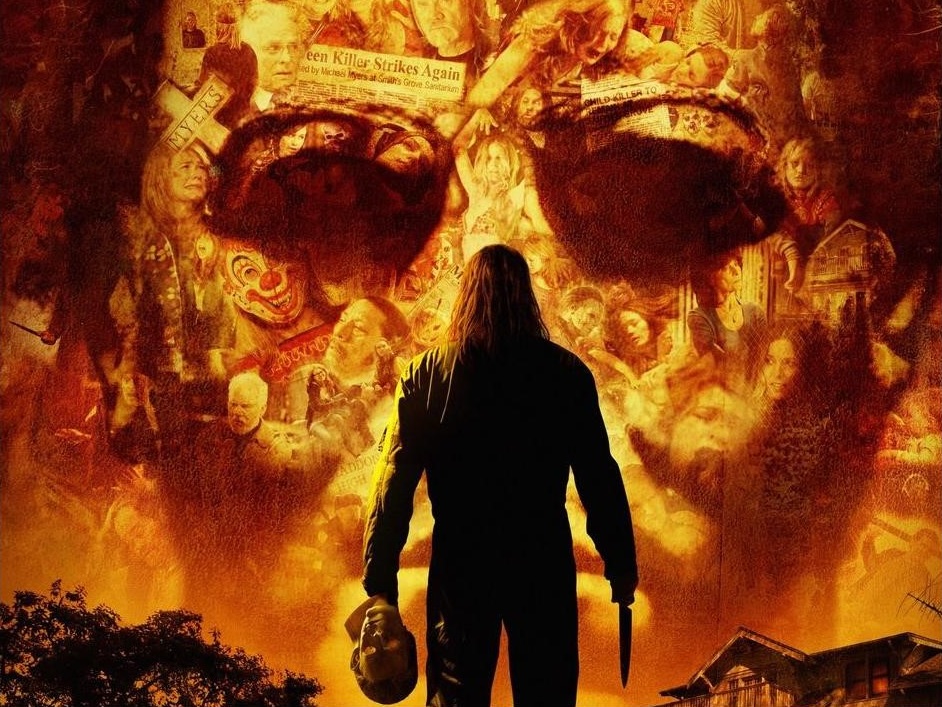 Happy Halloween! Feast your eyes on these terrifically terrifying and some what hilarious Halloween howlers.

Ignore the pesky kids at the door, kick back, enoy your sweets and pray you don’t end up like any of these poor bastards…

A 9 minute short was created by two Australian filmmakers, costing less than $10,000. They showed this short film to Lionsgate Films, who instantly wrote them a cheque for over $1m to turn it into a feature length movie called ‘Saw’. Now it is a multi-million dollar franchise and that is impressive to say the least! The first ‘Saw’ was nothing short of genius and boasts not only the most unique horror concept but probably the single greatest reveal you will ever witness.

Danny Boyle‘s post-apocalyptic zombie thriller, starring Cillian Murphy as Jim. Jim wakes in an empty hospital ward, in the City of London. He walks out into the deserted streets wondering if he is hallucinating or in some kind of dream as no one is to be found. Realizing that something terrible is happening he seeks answers.

Exactly what it says on the… well, in this case, box! Ryan Reynolds is an American civilian truck driver, who has come to do one last job in Iraq – literally. He took a job and wound up being attacked and buried alive. He awakes and finds a few objects available to him, including a lighter and a mobile phone. Will he make it out alive? Gripping thriller.

The film opens with a disturbing 911 recorded call, made by two little boys that have found some dead bodies in a house. We then get to see what happened in the events leading up to the victims demise… creepy masked faces in the night, stalking a young couple, in a remote vacation home.

Fun horror comedy of sorts, starring a young Jessica Alba and an unforgettable angel/ underwear money shot. BUT there’s more to it then that, of course there is, for the ladies there’s, well… Seth Green! Ok maybe not. Devon Sawa – yayyyyy… and a murderous ‘Addams Family’ like hand.

Basically, don’t go to the Australian outback. That’s basically the message here. If you do, they’ll toe your broken down car out even further into the middle of nowhere and butcher you like dogs, or wolves for that matter. Heavy right.

What would you do if your own was severely tortured and attacked by a group of vicious thugs? Wait for the Police or hunt them down yourself? Well imagine if those attackers were delivered to you, unbeknownst to them, right to your doorstep. Parents serve revenge in the coldest manner, in this dark re-make.

Is he the greatest slasher character we’ve ever seen? Mike Myers – a normal name but you know exactly who we’re talking about. The fucked up little kid who grew into the fucked up big monster, with an amazingly simple but recognisable, legendary mask. The only thing that tarnished this classic, is the remakes and countless sequels/ prequels that followed… but hey, who really cares?

“One call started it all…”
Drew Barrymore has never looked better than during the timeless opening sequence that led to her character’s untimely, brutal death. Neve Campbell, Courteney Cox and David Arquette are the backbone of the highly successful Scream franchise. The sequels were pretty good too but it’s all about Scream 1 for us.

Old Pinhead himself couldn’t be left out of the party. Clive Barker is the weirdo who wrote and directed this movie but we love him for it. British horror filmmaking at it’s best as a $1m budget turned into a return of well over $14m

Known for some amazing artwork since, ‘The Evil Dead’ was the first to kick off the ‘don’t watch this video or you and everyone you love will die’ craze. An impressive remake was released in 2013 but nothing beats an original as good as this.

“Get the hell out of there!”
That’s one way to scare the crap out of an audience. The stuff of legend is this highly successful horror based on actual events. No less than 10 films have been made in it’s honour, since a book was published, based on the story of a murderous Father. After paranormal influences take over, he brutally murders his entire family. Happy Halloween everyone!

The first real movie to go down the route of cannibalism as a group of friends’ road trip  turns sour. An encounter with a chainsaw waving ‘Leatherface’ leads to a life or death game of cat and mouse. At first it was difficult for the filmmakers to find a distributor but thankfully they did, seeing as a $300,000 budget returned over $30m. Not bad.

How on Earth did ‘The Conjuring’, using every old trick in the book, manage to make something so genuinely terrifying, without a trace of authenticity? From creepy dolls, to dark hidden cellars. Ghostly children and excruciating exorcisms, this is an absolute masterpiece in Horror, using old habits, perfectly. Read the rest of our previous review here